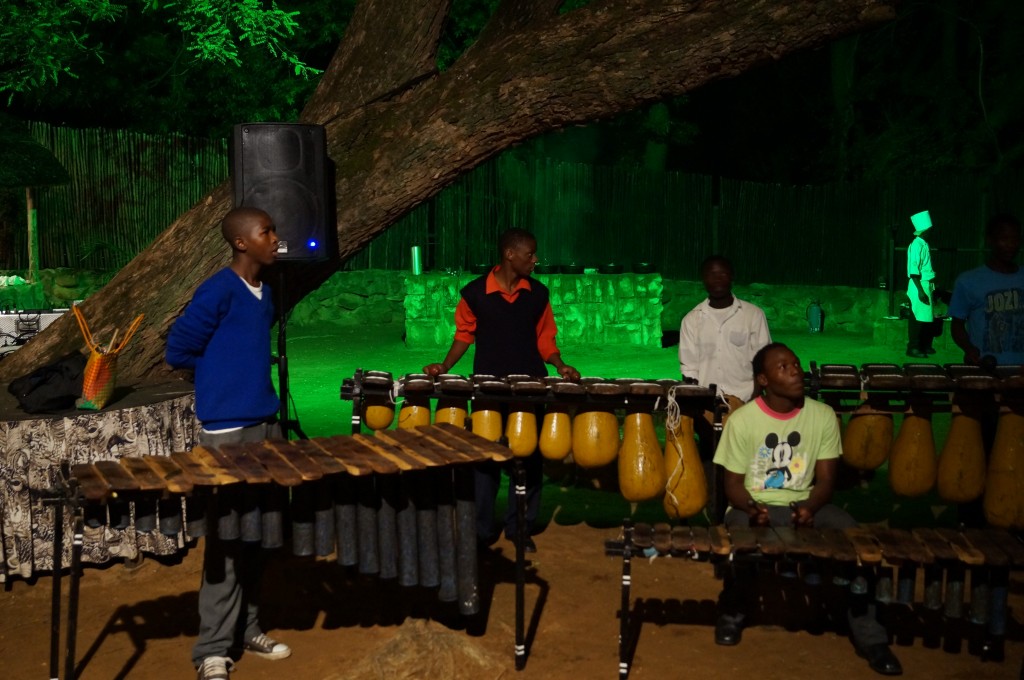 The marimbaband was founded in 2007 with the help of two former volunteers, the band now called “MYC Rocking Africa,” helps to nurture the musical talents of approximately 20 of the MYC boys. Voluntary involvement is key to the success of the band, along with Swazi teacher Thembela Ngwenya and current volunteers who are putting their musical talents to good use.

The band enjoyed some recent success, in 2012 they joined the “National Music Award Tihlabani,” winning the award for “Best traditional group,” an achievement we are very proud of. We hope to carry on receiving such accolades through performing as much as possible, and improving every day.

“MYC Rocking Africa” is an important part of the MYC welfare program. The weekly practice sessions and the performances provide an opportunity for the boys to escape the realities of daily life for a few hours – they can see a little bit of their own country, learn about their ancestor’s culture, and get to know a lot of new people, but most importantly they get to have fun!